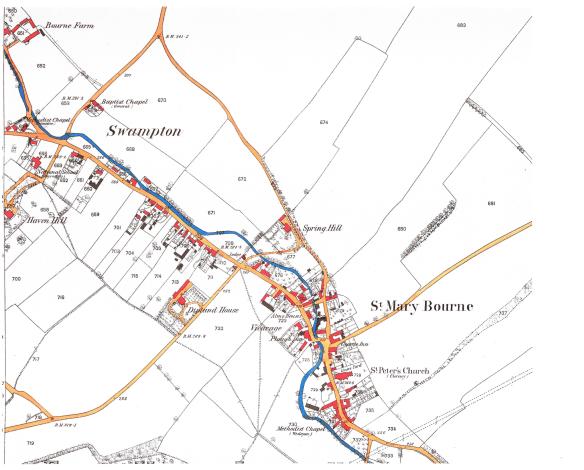 History
St Mary Bourne is an ancient settlement, and there have been more than 20 historic finds classified between ‘prehistoric’ and ‘Roman’ by English Heritage within two kilometres of the centre of the village.

There is no reference to ‘St Mary Bourne’ as such in early records, but its history lies hidden in plain sight in documents describing the manor of Hurstbourne Priors, which included Stoke, Binley, Week, Egbury and [St Mary] Bourne.

Some time before AD 790 King Beorhtric, King of Wessex from 786 to 802, exchanged the manor of Hurstbourne Priors for land in the Meon Valley. It then passed to the monks at Abingdon, from whom it was again acquired by the Wessex kings, first Egbert (802-839) and thence to King Alfred, who granted it to the monks of Winchester, who are still described as the owners in the Domesday Survey over 200 years later and remained so until the Dissolution of the Monasteries (1536). In 1558 the manor was bought by the Oxenbridge family, who sold to the Wallops (Earls of Portsmouth) a century later.

It would seem that St Mary Bourne has always been the bread basket and economic hub of the manor, the New York or Sydney to Hurstbourne Priors’ Washington or Canberra.

To this day, the identity of St Mary Bourne is to some extent the sum of its parts: inhabitants retain some individual loyalty to these divisions, at least theoretically . However, one of the unifying forces of modern life is the concentration of amenities: the shop, village centre, main pub, doctor’s surgery and church are all located within a few hundred yards of each other in the centre of St Mary Bourne. 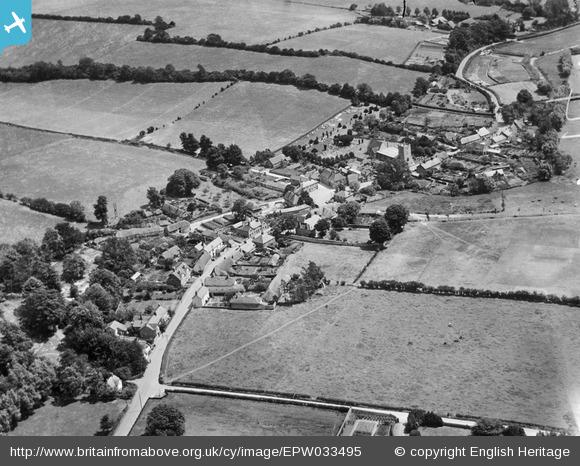 1 thought on “About St Mary Bourne”