Barbara Holbrooke sat in her morning room, drew a deep breath and wondered what she should attempt next, apart from the Herculean task of marrying off her three remaining spinster daughters. Gertrude and Constance were both happily married, thank goodness, but Winifred was now 46, Helena 44 and Margaret had just turned 30. They were not unattractive girls -women- but the problem had been finding young men brave enough to propose to the daughters of  the vicar. And Kimpton, with a population of only 300, where they had lived from 1882 until her husband’s death in November 1911, was the very epitome of being a large goldfish in a very small bowl – where on earth was she supposed to have found eligible bachelors for them?

Despite the small size of the parish and congregation, the rectory was positively palatial – 16 rooms in the way counted by the 1911 census. As the living remained in the gift of the local landowner, she presumed that the lord of the manor had financed both church and rectory without input from the diocese, with the idea of putting a succession of second or third sons in this sinecure.

It was not, of course, a surprise that her husband had predeceased her – after all, he was 22 years her senior. But it had been a bitter blow when their youngest son, Lt Dr. Cecil Dacre More Holbrooke, had died while serving in the army in India in 1909. She had hoped that, by steering him into medicine, he would escape the apparently irresistible pull of the scarlet  (none of their children seemed to be drawn to the black of the ecclesiastical world). But it was not to be. In 1905, at the age of 25, he had joined the RAMC and been sent to Poona

Her three remaining sons had also gone into the army. She had had hopes that Gerald Howard, born in 1877, who emigrated to Saskatchewan in 1909, would also escape a military fate. He was indeed just getting himself established when war was declared in Britain so, of course, he duly signed up in Canada on 24 September 2014.*

In 1870, the vast area known as Rupert’s Land was transferred from the Hudson’s Bay Company to the new Dominion of Canada. The sudden shift of authority and resultant uncertainty and unrest among the inhabitants of the region erupted into the Red River Rebellion of 1869-70. Alarming reports of whisky trading and of restlessness and inter-tribal warfare among the Indians of the plains reached the newly formed federal government in Ottawa. It was essential that order be restored and maintained if the Canadian Northwest was to attract settlers. In 1872, Colonel P. Robertson-Ross, Adjutant-General of the Canadian Militia, was dispatched into the Northwest on a fact-finding journey for the Canadian government. He recommended that a regiment of 550 mounted riflemen be organized to preserve order in the territory and to protect the surveyors and railway builders who were working their way to the Pacific coast.

Their eldest son, Bernard Frederick Roper, had joined the Indian army in 1893 at the age of 21 – she remembered that there had been no holding him. It was a good life for a young man, just so long as they weren’t engaged in any war. She dreaded what the future might be for him now.

But the very first to arrive at the front had been, as she might have known, her knight in shining armour, Philip Lancelot. Although he was 41 years old by now, he arrived in France with the Royal Garrison Artillery as part of the British Expeditionary Force on 19 September. He had left behind a wife, Eleanor, whom she would have to keep an eye on, although she was perfectly looked after by the army, living in married quarters in Shoeburyness with a cook and a maid, and plenty of other wives for company.

Her life felt as if all the colour had gone out of it. She knew she must make an effort to keep up the spirits of her daughters, but today her heart was not in it. She already hated this phrase people kept using, ‘for the duration’. How long, oh how long might that be?

I have concluded that my memory may have been playing tricks – Captain Egerton Orme Bellairs Black Hawkins (see elsewhere on this website) is memorialised at the military cemetery in Bloemfontein and St Mary Bourne (Section G Row 10 #406) ‘killed 21 January 1909 in a polo accident’. Grateful thanks to the commenters below.

**The evidence for the Holbrookes having moved to Stoke House is Gerald’s attestation papers in September 1914, when he gives his mother as his next of kin. 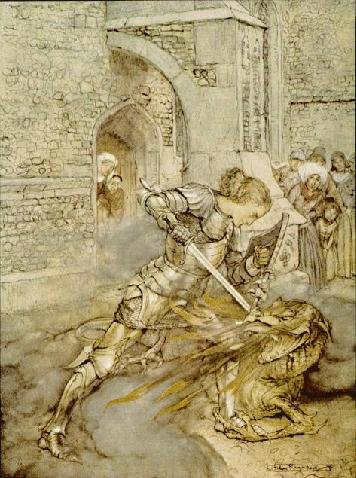 Historical events are said to cast a long shadow, and today, if you will join me on a journey, our Tardis takes us back to the arrival of William, Duke of Normandy, on our shores in 1066 or, if you prefer, all the way to Camelot.

Amongst William’s companions was the Count of Rupierre, ‘Rubra Spatha’ or ‘Red Shield’, to whom he gave a chunk of Derbyshire in gratitude. Over the years, the most successful 1 of these Ropers moved to Kent where Will Roper married Margaret, daughter of Thomas More. Skipping a few centuries, we arrive at Henry Roper, 10th Lord Teynham, of Linsted Lodge (1708-1781), who begat Philip who married Barbara Lyttelton by whom he had a son and six daughters, one of whom (Emma Theresa) married Frederick Holbrooke, whose family were gentlemen (as described in his father’s will proved in 1808) and may be descended from the 15th century astronomer and Master of Peterhouse, John Holbrooke. 2

Dear reader, armed just with the above information, I ask you to infer what happened to the four sons and why. I pause, and invite you to do so also.

Shall we start with the why?

Much has been written about the influence of the public schools (The battle of Waterloo was won on the playing fields of Eton) and poets like Sir Henry Newbolt and his Vitai Lampada  in fostering a spirit of gung-ho militarism at the end of the 19th and beginning of the 20th centuries.

This is the word that year by year
While in her place the School is set
Every one of her sons must hear,
And none that hears it dare forget.
This they all with a joyful mind
Bear through life like a torch in flame,
And falling fling to the host behind –
“Play up! play up! and play the game!”

Although I am sure this is true, I think there was another equally important factor: the revival of the code of chivalry, as summarised by this reviewer 4 of Mark Girouard’s book5

Around about the time of its wars against the French Revolution and then Napoleon, England witnessed an odd and interesting phenomenon that lasted through the entire 19th century and right up to the end of the Great War: The revival of the medieval code of chivalry, with King Arthur, knights in armor, the notion of courtly love, and all. The ideals of personal bravery and honour, service to the nation, and self-sacrifice reappeared in modified form and helped shape British culture for several generations, not only in art and literature but even in politics.

Sir Walter Scott’s novels had a lot to do with reviving the myth of chivalry (and it was indeed mostly a myth), and so, too, did the paintings of Benjamin West, featuring the Black Prince and other knightly heroes. And Tennyson helped further the new myth in the next generation. There was a new rise of interest in the Middle Ages, but George IV and then the Victorians interpreted that period to suit themselves. Those with the money to build new country homes often opted for what they fancied were medieval-style castles. Prince Albert’s tomb features a reclining sculpture on top depicting the Prince in full armor with his favorite dog at his feet, also in medieval funerary style. Even Baden-Powell promoted his new Boy Scouts in Arthurian chivalric terms.

The whole thing reached its climax with the deaths of Capt. Robert Scott and his companions in Antarctica early in 1912 (especially Capt. Oates, who “walked out to his death an English gentleman”) and with the sinking of the TITANIC later that same year. Many of the English males aboard politely helped their wives and other women into the lifeboats and then stepped back, content to go down with the ship… And just to round out 1912, there was also a jousting tournament at Earl’s Court, in which a dozen aristocrats donned armor and went at each other with lances.

And as for the what?
For that, dear reader, you will have to wait (not too long, I promise) for the next episode 🙂
But the connection with St Mary Bourne, I will tell you, is that for many years the Revd Frederick Holbrook was Rector of Kimpton, and that after his death his widow and the remaining children living at home moved to Stoke House.

1 My knowledge of the Roper family lies in my own descent from the ‘no-hoper Ropers’ (sorry, cousins!) who remained in Derbyshire and did not go on to make a fortune.

3 As we have seen, Roper was one of the landed gentry families of England. Lancelot was a knight of the round table, The family name of the Barons Dacre is Trevor-Roper, and the Dacres married into the Howard family, who became Dukes of Norfolk.
4 Review of Mark Girouard book

5 See The Return to Camelot: Chivalry and the English Gentleman by Mark Girouard