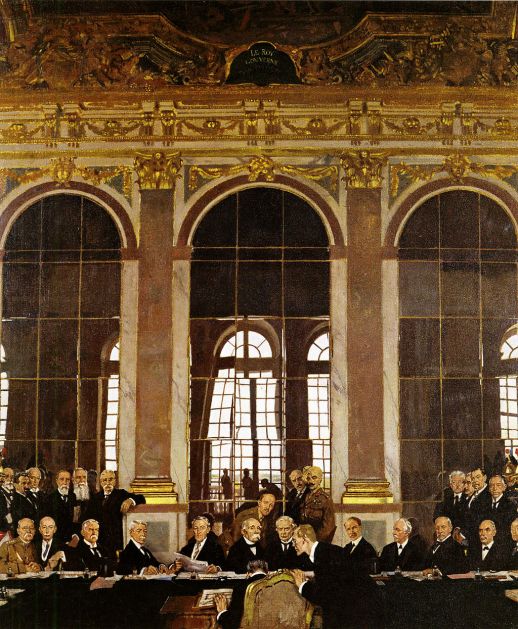 The Signing of Peace in the Hall of Mirrors, Versailles, 28 June 1919 by William Orpen via Wikimedia Commons

Principle of a League of Nations ratified.

Draft of the League of Nations completed.

Under conditions of the Peace Conference, German colonies are annexed.