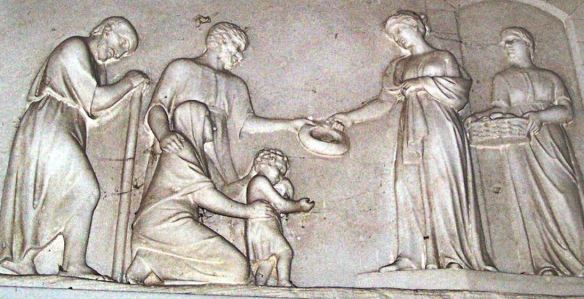 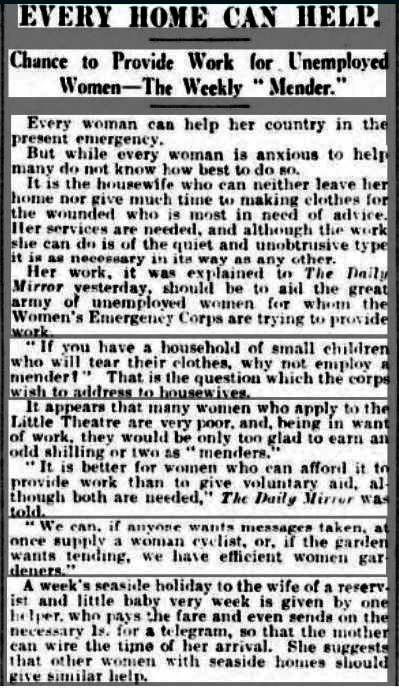 All over the country, people were discussing how they could contribute to the war effort if they were women and not expected to fight at the front.

It is interesting that, as early as this, there was a tension between the natural temptation to economise by cutting down on the number of people the middle class employed, and the realisation (probably only among the few) that offering employment to the women who would be financially affected by having a husband, son or brother at the front was probably the single most useful example of ‘war work’. Also, it was easier for the recipient than having to be grateful to would-be Lady Bountifuls handing out the calves-foot jelly.