All through September most households in the valley had been busy harvesting their own garden produce as it ripened. Wives had been busy bottling fruit, making jam and pickling vegetables. Larders were replete with Kilner jars labelled and stored, ready to supplement the winter diet. The husbands had pulled up the onions, wrapping them in skeins and hanging them out to dry on hooks on the wall. They had prepared sloes and damsons to start blooping away in the shed in large buckets ready to transfer to demijohns and converting hopefully, into wine. If they were lucky they might have obtained some barley and had a barrel of beer brewing.

Now, in October, the thoughts turned to winter and the next season’s events.

This was going to be the best Christmas ever. Mum had taught seven-year old Florrie Randall how to knit and, as she sat outside in the late afternoon sun next to her, she was deciding which colour wool she would choose next.  Mum, and some of her neighbours – perhaps Mrs Benham and Mrs Pearce – would gather their chairs together outside in their yards to catch the last of the sun of a late afternoon to knit and chatter, the evening meals already prepared for the men coming home from the farms and the stables later.

Early preparation was crucial for gifts to be complete for the Christmas morning. Ladies were knitting, crocheting and sewing as fast as their nimble fingers could work. Florrie concentrated hard on her next stitch – in with the needle, round the needle with the wool and pull the needle back and off with the wool- done it- another stitch complete. This would only take a few weeks at this pace she thought. Mum had told her that there was a little bit of love in every stitch, and she did love her sister.
Mum had allowed her to rummage through her wool bag for scraps of left-over yarn and taught her how to knit a square. Florrie had seven squares of various hues already in her collection and she would need twenty before she could reach the next stage of her present for her little sister Ada, who was two years younger. She was going to sew the squares together to make a little blanket for a dolly, which Dad had already been busy making in his shed, along with a crib. Mum was knitting tiny garments to fit the dolly.
Oh! This was going to be Ada’s very best Christmas, and if her brother Alfred was home from the Army and this silly war was finished it would be the very best Christmas for the whole family.

After the evening meal Mother, Ada Randall, was busy on yet another piece of handiwork. She had acquired a hessian sack from Eli Brown, the carrier. Goodness knows what it had originally contained, not coal or anything wet or smelly, that’s for sure. She had soaked it in soda then washed it in the copper and now, as it hung out to dry, it smelled lovely.

Ada had spent many evenings painstakingly cutting strips of material about an inch wide and four inches long, while the light held. She had searched through her rag bag (everybody had a rag bag – a collection of worn out shirts, their buttons removed and saved, blanket pieces, sheets, skirts and even trousers – any length of material too good to throw away, no matter how big or small) and selected the strongest and thickest pieces. Once the onerous task of cutting of hundreds of rectangles was done, she would then begin making a rag rug – for that was the goal. Ada’s first job was to hem all around the edge of the hessian to stop it from fraying, then, with her rug hook, she would pull each strip of cloth through the weave of the backing, line after line until the rug was complete, the more strips she pulled through the tighter the rug became, making it firmer as she went.

She knew just where the rug would be put, underneath that draughty back door where the wind whistled through in cold evenings. She had already made several rugs in a myriad of colours, which were a comfort to everybody in their bedrooms as they first put their foot on the floor in the morning, that lovely soft surface instead of the cold stone floor. The rugs didn’t match, they were never meant to.
This creation was not any particular person’s Christmas present, but with that horrid draught from under the door blocked, everybody would have a cosier winter. 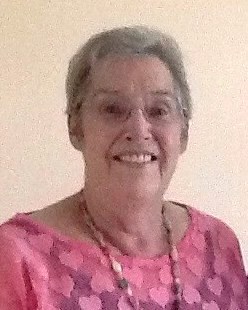 2 thoughts on “Florrie And The Country Crafts: by Win Bourne”